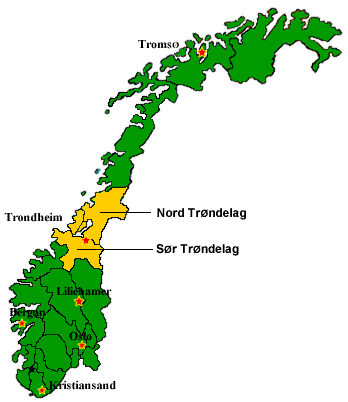 Trøndelag is comprised of the counties of Nord-Trondelag and Sør-Trøndelag and is centally situated between Northern Norway and the more southerly regions of Norway.

The major city in Trøndelag is Trondheim, a royal city in the middle ages and home to Nidaros Cathedral. The cathedral was the seat of the Archbishop of Norway and was built over the grave of King Olav Haraldsen(later St. Olav). St. Olav fell in battle at Stiklestad in 1030 while attempting to Christianize Norway. He was later sainted. Stiklestad, in Nord-Trøndelag, is one of the many historic sites to see in this history rich area.

The mining town of Røros, in Sør-Trøndelag, has more than one hundred houses on UNESCO's World Heritage list. The landscape of Trøndelag is extremely varied from the rocky coastline in the north to vast mountains in the south. In between is some of Norway's best farmland as Nord and Sør-Trøndelag are the two most important agricultural counties in Norway. The major cities in Trøndelag are Trondheim, Steinkjer and Namsos.

There are a wide variety of outstanding places to stay while visiting Trøndelag. 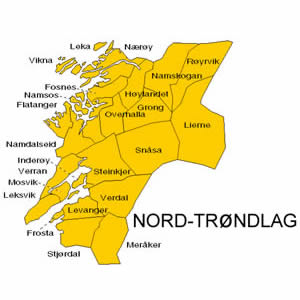 Nord-Trøndelag county comprises the north half of Trøndelag, the central part of Norway 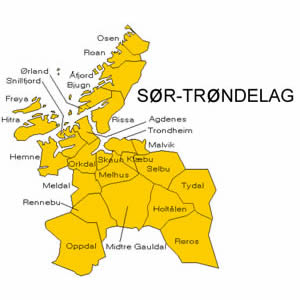 Sør-Trøndelag county comprises the southern part of Trøndelag and is situated on both sides of the Trondheims fjord.